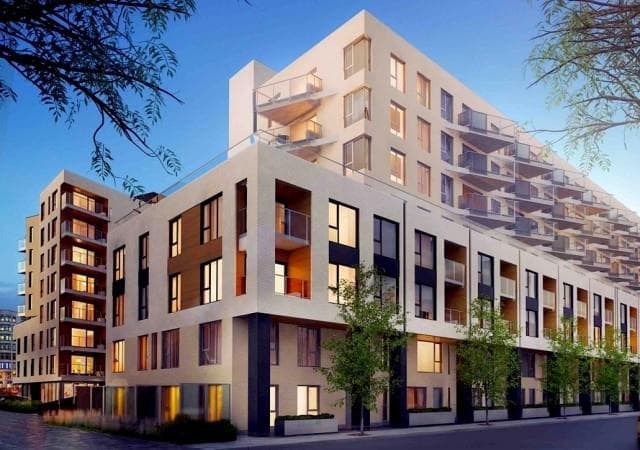 SOTRAMONT first became known as one of the developers of the grounds owned by former Canadair in Ville St Laurent. Sotramont now carries out several projects throughout the greater Montreal, including the ambitious ARBORA project, the largest housing complex in Canada built using massive wood structure (CLT). MJM ACOUSTICAL CONSULTANTS INC. participated in this project at the very beginning, during the research stage with Nordic and the National Research Council of Canada to establish the composition of walls and especially floor/ceiling assemblies with regard to interdwelling sound isolation.  For this building, as for the other buildings in which MJM is involved, a complete noise isolation specification was produced to address all aspects related to the control of noise and vibrations produced by human activity, mechanical and electrical equipment and the plumbing of the building.